The great Galen of the Roman Empire 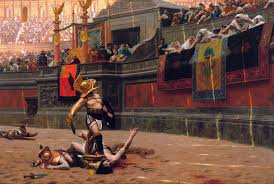 One of the oldest beliefs is that the reason the Roman Empire did so well is that it pinched all of the best ideas that the Greek one had. There is definitely some truth in that and if imitation is the sincerest form of flattery the fact that the Roman empire came to dominate all of Western and Eastern Europe, most of North Africa and a large part of the Middle East it shows that the Greeks’ ideas were sound. One of the people who took the Greek ethos was the physician, surgeon and philosopher Galen. 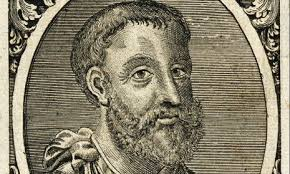 Galen was a big fan of Hippocrates, the Father of Modern Medicine. He was very much into the Four Humours, an early medical belief that thought that the ills of the body were caused by too much bile, blood or phlegm (now discredited), and the practice of clinical observation. Whilst this was very much removed from something like say Adaptive Phase 1 Clinical Studies today it’s basis forms much of modern medicine’s ethos.

He also spent a lot of his time cutting up Monkeys and Pigs to learn about the body and how it works. You weren’t allowed to dissect Humans back then for medical purposes, much as Galen would have wanted too, for religious reasons. To get past this Galen and his students used to hang out backstage at the Colosseum on the off chance they could get a look at some disembowelled Gladiator!