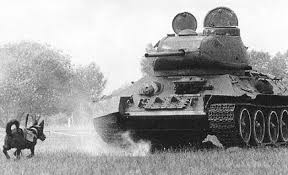 Human beings, being what they are, are always looking to make life a bit easier for themselves. One of these ways is to avoid delivering something themselves and getting someone or something to do for them. This is why we have a postal service and or use Slough Same Day Courier service like https://www.uk-tdl.com/same-day-delivery.html to do it. One of the more harebrained ideas was to use animals. It hasn’t always worked out as well as the person thinking it up hoped it would. 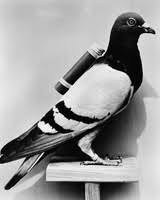 One of the best examples is the carrier pigeon. These clever and brave birds were utilised to send secret and coded messages from spies in the enemy country or from the front lines. Pigeons were deemed more reliable than radios as their homing instinct is amazing. They even received medals for their service. Monkey’s can carry small amounts of food for you as they are easy enough to train but they can’t carry much.

One of the worst examples of animals delivering something was the Soviet Union’s Dog bomb. The Dogs were trained to run under tanks to find food, the Russian’s being a bit short of equipment at the time. The dogs were duly realised with mines on their backs. Much to the Red Armies dismay the Dogs turned around and ran under the Russian tanks causing an entire division to retreat.