Some of the UKs Oldest and Most Historical Trees 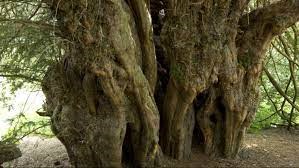 Trees have played a big part in the lives of humans for millennia. From the ancient Celts who worshipped the trees to the Tudors who built their buildings and ships from them. Even today we still value our trees, we know that the forests are essential for all life on earth, and we still build from trees like these oak extensions https://www.timberpride.co.uk/oak-framed-extension/

In Britain, many trees stand today that are particularly old, and historically significant – here are just a few of Britain’s most ancient and historic trees…

Major Oak, Nottinghamshire – Deep in the heart of Sherwood forest, home to the legends of Robin Hood and his merry men, stands the Major Oak. It is said that this tree provided shelter for Nottingham’s most famous outlaw. This vast tree is believed to be around 1000 years old, and it is the largest oak tree in the UK. Because it is so large and heavy, it is held up by metal poles to prevent its weight from toppling it over.

The Llangernyw Yew Tree in Conwy – Head to North Wales where you will find one of the most ancient trees in the UK. The Llangernyw Yew is believed to be a staggering 4000 years old. Imagine what this tree has seen in its lifetime! Yew trees are well known for their particularly long lives, and this adds to the air of mystery surrounding these beautiful trees, as well as their associations with death and the afterlife. It is also said that a spirit lives in this particular tree, and on 31st October each year the spirit appears and speaks the names of the local people who will die in the coming year.

The Ankerwycke Yew in Berkshire – This is a tree that is not only very old but has also bore witness to huge historical events. The Yew can be found on the Runnymede estate which is owned by the national trust, and it was here that the Magna Carta was sealed – which makes this tree the last surviving witness to this event that occurred nearly a thousand years ago in 1215. It was also here that Henry VIII used to meet Anne Boleyn in secret.

The Woolsthrope Manor Apple Tree in Lincolnshire – As well as being around 400 years old (which is very old by an apple trees standards!) this is a tree that is probably one of the most famous in the world. The reason for this is that it is the tree which Isaac Newton watched and saw an apple fall to the ground, leading to one of the biggest scientific discoveries ever – gravity. It is known as Isaac Newton’s apple tree and despite falling down in 1820, the tree has survived as the roots were still in the ground.