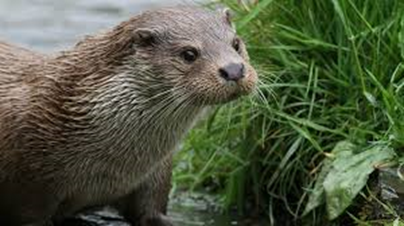 Many people over the last few years have seen the upsetting images of ocean creatures suffering severe injuries, or horrible deaths due to plastic pollution in the oceans. There is a video on YouTube showing biologists struggling to extract a straw lodged in a turtles nose, and creatures from seabird to fish, dying agonising deaths, after which they are cut open to reveal stomachs full of plastic debris.

Although these scenes are upsetting to watch, it is important that they are now being seen and shared widely, as it brings home to people the damage that is being done through careless use of materials, and how for many years, the worlds oceans were being used as a huge rubbish dump – which has now resulted in the upsetting scenes that we are seeing on our televisions, and shared around on social media.

We know that we are capable of making a change – one great example of this is the British otters – by the 1970s, the waterways of the UK were so heavily polluted with dangerous chemicals and pesticides, these beautiful creatures were low enough in numbers to be regarded as critically endangered. But with a huge effort to clean up the nation’s waterways, a public awareness campaign and a ban on the harmful chemicals being used, otters have made a remarkable comeback and are now officially back in nearly all of Britain’s waterways.

There are now many ways that the plastic problem in the worlds oceans can be solved – companies such as this commercial recycling Cheltenham based company can recycle business waste, and many businesses are starting to make changes to reduce their own carbon footprints. As a consumer, you can help to by checking the companies green credentials and supporting companies who make an effort to recycle.