Pandemics and Vaccines – How Polio became a Thing of the Past 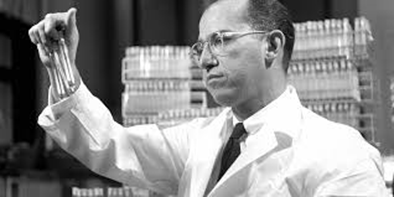 With the eyes of the world on the coronavirus pandemic, it is easy to imagine that this is the first time in human history anything like this has happened. But of course, it isn’t, and viral pandemics are just part of the world we live in.

As the doctors and scientists’ race to create a vaccine for the virus, there have been many large epidemics and pandemics in the past that have also been solved with a vaccine – one of these is polio.

Nowadays, you do not hear a lot about polio – that is because it barely exists anymore, certainly not on the scale that it once did. Polio is an extremely nasty virus, that infants and children in particular are particularly at risk from. In the early 20th Century, many children and babies died from polio, with large outbreaks of this highly contagious disease killing many people around the world, and for those who didn’t die of it there was a strong chance that they would be affected by it for life.

Doctor Jonas Salk, who was born in New York, an area that suffered huge polio epidemics, worked with other scientists during the Second World War on a flu vaccine. After the war, he set up his own laboratory, with the aim of creating a vaccine for polio. By 1950, he had successfully created the worlds first polio vaccine, and had tested it, much in the same way that we do today such as paid clinical trials https://www.trials4us.co.uk/  as well as inoculating himself and his family.

Pandemics and Vaccines – How Polio became a Thing of the Past

As the vaccine was rolled out to school children first across America, and then the world, the cases of polio began to rapidly decline. Today, it is a disease that has successfully been eradicated in most of the world, all thanks to the vaccine created by Doctor Jonas Salk.