On the 15th February 1971 the world of British coins and the economy changed forever. The old system of pound shillings and pence was removed overnight and the country switched over to the decimalised system where everything was just pounds and pence. Rather than use the old system of 20 shillings consisting of 12 pennies the country reverted to the system where multiples of 10 would be the norm. One pound was worth 100 pence. It was going to be easier for everyone and was a prerequisite for Britain’s entry into the European Common Market. 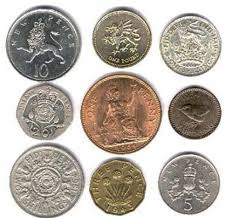 Overnight the old coins were slowly taken out of circulation, although it was not uncommon even into the early eighties to find a shilling or old penny still around. The situation is of great interest to a Coin Dealer UK as they can see the potential of the defunct coins are collectors pieces. Many of the coins were common but there were several rare and commemorative collections created by the Royal Mint at the time to celebrate the change over to the brave new world.

Decimalisation was not a universally popular move. Many felt that it would mean that retailers could quickly put the price up on lots of products and services without the public noticing. Whilst this may have happened the increases were slight and the retailers denied it. One thing that was certain, the way that money worked and was calculated was a lot easier when working to a 10 times table as opposed to a 12 times table.