How Calvin Klein made underwear fashionable and even shown off!

Considering the price and status; the urge to wear a pair of Calvin’s Kleins like Superman, i.e. outside of the trousers, is quite huge. How did the company and designer manage to convince us that the underwear we wore had to be designer as well as the threads on top of it. 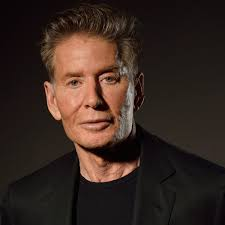 It comes from the fact that Klein is a very good designer. He cut his teeth in New York but not through the academic route. He did attend the The High School of Art and Design based in Manhattan and even the prestigious Fashion Institute of Technology of New York but did not graduate (he has an honorary Doctorate now!) Instead he served an apprenticeship, paying his dues at the firm of Dan Millstein and then designing through a series of New York Shops in the nineteen sixties.

He then benefited greatly by being given the mentoring and tutelage of one Baron de Gunzburg. The good Baron introduced him to a variety of contacts and he soon became the toast of New York following its famous annual fashion week.

It was his use of denim that made his name but it is the underwear that also made him extra famous. It was soon the fashionable thing to wear your jeans below the waist showing off the label with the great name’s name all over it. A clever piece of advertising showing the jeans halfway up on an abdominally strong man gave people the idea to do it. Still want to do it? Go to https://www.louisboyd.co.uk/brands/calvin-klein.html for some Calvin Klein Clothes.